Lara Webber was interviewed online in January 2021 by Chris Carter of the Livermore Valley Performing Arts Center. She was asked about about her path to a conducting career, music and the brain, staying connected during the pandemic, and more. Enjoy the 40-minute video of the conversation, or read the transcript provided by LVPAC.

2020–2021 is Lara Webber’s seventh season as the conductor and music director of the Livermore-Amador Symphony. 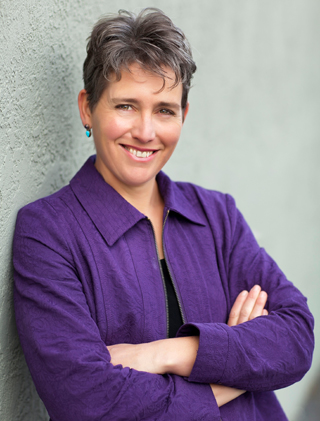 Lara Webber became the LAS conductor and
music director at the start of
the 2014–2015 season.

Widely admired as a dynamic, creative, and engaging conductor, Lara Webber is dedicated to inspiring audiences through the power of symphonic music. She has been praised by fellow musicians around the country for her musical depth, genuine expression, strong personal vision, and collaborative spirit.

Lara Webber’s activities as a guest conductor include performances with the symphony orchestras of Annapolis, Bangor, Houston, Pittsburgh, San Antonio, Louisville, Colorado Springs, Modesto, the Baltimore Chamber Orchestra, and the Chicago Sinfonietta. She has served as a cover conductor (on call as an emergency substitute) for the San Francisco Symphony and the National Symphony Orchestra. Webber’s operatic associations include posts as the assistant conductor at Glimmerglass Opera and conductor of the Baltimore Opera Studio.

Strongly committed to arts education and community engagement, Webber was a conductor of the Emmy-nominated Disney’s Young Musicians Symphony Orchestra. Their concerts were broadcast nationally by the Disney Channel. In recognition of her outstanding service to the community, Lara was honored with a Los Angeles City Council resolution. She has taught student conductors as a faculty member of the League of American Orchestras’ conductor workshops and has coached youth orchestra and community orchestras. At home in Livermore, Lara is active in her community, bringing music to the local elementary schools, coaching chamber musicians, and advocating for the arts as an essential part of the educational curriculum and a vital part of our culture.

Webber began her conducting studies with Robert Spano at the Oberlin Conservatory of Music, where she received her bachelor of music degree in vocal performance in 1991. Her studies continued at the Sweelinck Conservatory in Amsterdam and in the conducting seminars of both the Aspen and Tanglewood Music Festivals. She received her master of music degree in orchestral conducting from the University of Southern California, where she studied with Daniel Lewis. In 1996, Webber was among the first conductors selected to participate in the National Conductor Preview of the League of American Orchestras.

First-Season Letter
from Lara Webber in July 2014 to the LAS Association board, orchestra, and Guild

As I prepare to become your music director, I have been giving a lot of thought to the concept of community. For me, music is community. Most of my life, I have been surrounded by musicians; in my own family, friendships, and working life. Broadly speaking, music itself is a communal experience. Music has the unique capacity to connect us, tap into our collective imagination, and transcend perceived barriers between people. Certainly, as orchestral musicians, we are connected through the experience of playing the repertoire itself. We bring it to life through our collaborative effort. Without us, this great music only exists as an abstraction on the page and has no life. When we use that page as a map, and navigate forward through musical terrain together—we create another community: a shared experience for ourselves and connection to the composer. We become storytellers. The extraordinary opportunity to share that experience with our listening audiences through performance allows us to collaborate with them, in real time, and music moves us all forward together.

Our society is hungry for real connections between people, for a sense of community. This is what music is all about. This is what we create for our listeners, and ourselves, as a community orchestra.

Read an article by Beth Jensen about Lara Webber and the December 2014 concert, published in the Valley Times (now the East Bay Times) the day before her first formal concert as music director and conductor of the Livermore-Amador Symphony.